This newfound range rises up to 1 mile (1.6 km) above Pluto’s frigid surface, making it comparable in height to the Appalachian Mountains of the eastern United States, NASA officials said. Tombaugh Regio’s other known mountain range, by contrast, is more similar to the tall and jagged Rocky Mountains, topping out at more than 2 miles (3.2 km) in elevation.

The newly discovered range lies just west of the ice plains known as Sputnik Planum and is 68 miles (110 km) northwest of the taller mountain range, which mission scientists are calling Norgay Montes after Sherpa Tenzing Norgay, who along with Edmund Hillary completed the first-ever ascent of Mt. Everest, in 1953. (Tombaugh Regio, Norgay Montes and other such names remain informal monikers until they’re officially approved by the International Astronomical Union.)

A camera aboard NASA’s New Horizons spacecraft has started generating tantalizing views of Pluto rotating on its sharply tilted axis, presenting patches of bright and dark material as it spins around a pole that appears to be covered with a cap of ice.

Using “deconvolution” techniques developed to sharpen the images of the Hubble Space Telescope before the spherical aberration in its primary mirror was corrected by spacewalking astronauts in 1990, the New Horizons team has produced still images and animations based on those images with slightly better resolution than the Hubble.

With the burn up of Venus Express in late 2014-early 2015, one of our two eyes to the inferior (inner) planets was extinguished. Unfortunately, it seems that this week, by the end of April, after nearly 11 years in space and more than 4 years and 4,000 orbits around Mercury, MESSENGER will meet its fate as well.

via The Messenger Must Die! | DanSpace77.

Using data from NASA’s Chandra X-ray Observatory and infrared telescopes, astronomers have made an important advance in the understanding of how clusters of stars come into being.

The data show early notions of how star clusters form cannot be correct. The simplest idea is stars form into clusters when a giant cloud of gas and dust condenses. The center of the cloud pulls in material from its surroundings until it becomes dense enough to trigger star formation. This process occurs in the center of the cloud first, implying that the stars in the middle of the cluster form first and, therefore, are the oldest.

However, the latest data from Chandra suggest something else is happening. Researchers studied two clusters where Sun-like stars currently are forming — NGC 2024, located in the center of the Flame Nebula, and the Orion Nebula Cluster. From this study, they discovered the stars on the outskirts of the clusters actually are the oldest.

The shower is the May Camelopardalids, caused by dust from periodic comet 209P/LINEAR. No one has ever seen it before, but this year the Camelopardalids could put on a display that rivals the well-known Perseids of August.

The best time to look is during the hours between 6:00 and 08:00 Universal Time on May 24th or between 2 and 4 o’clock in the morning Eastern Daylight Time.  That’s when an ensemble of forecast models say Earth is most likely to encounter the comet’s debris.  North Americans are favored because, for them, the peak occurs during nighttime hours while the radiant is high in the sky.

via A New Meteor Shower in May? – NASA Science. 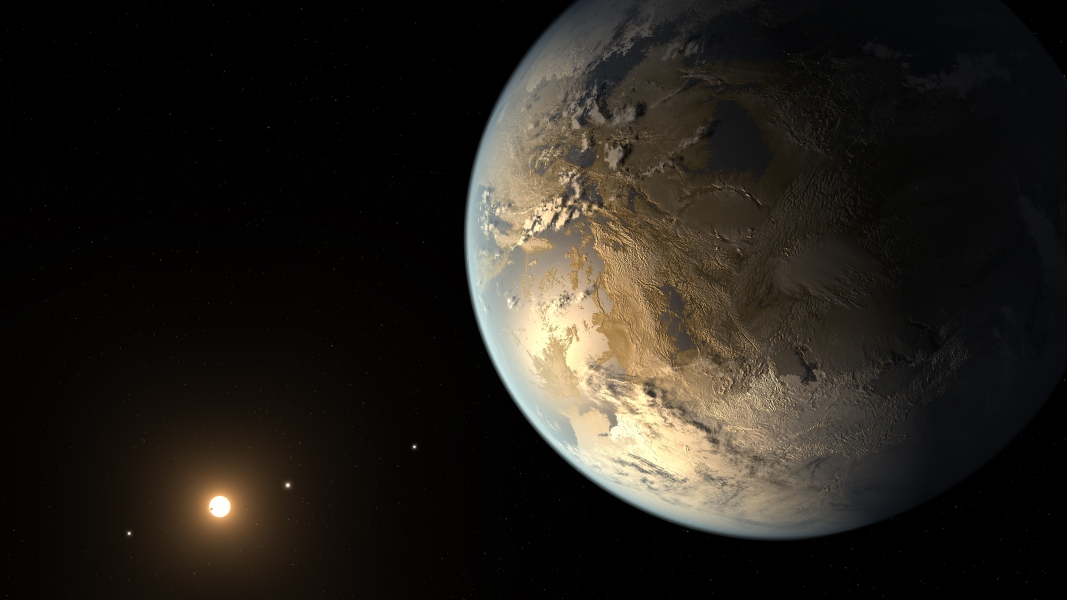 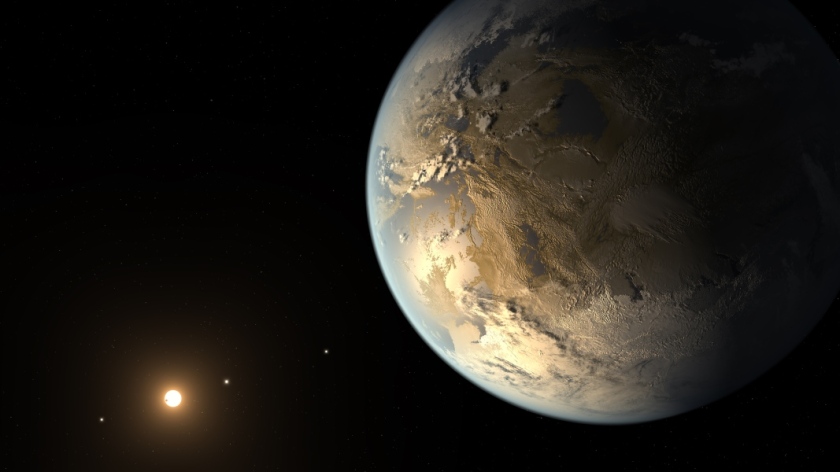 Explanation: Planet Kepler-186f is the first known Earth-size planet to lie within the habitable zone of a star beyond the Sun. Discovered using data from the prolific planet-hunting Kepler spacecraft, the distant world orbits its parent star, a cool, dim, M dwarf star about half the size and mass of the Sun, some 500 light-years away in the constellation Cygnus. M dwarfs are common, making up about 70 percent of the stars in our Milky Way galaxy. To be within the habitable zone, where surface temperatures allowing liquid water are possible, Kepler-186f orbits close, within 53 million kilometers (about the Mercury-Sun distance) of the M dwarf star, once every 130 days. Four other planets are known in the distant system. All four are only a little larger than Earth and in much closer orbits, also illustrated in the tantalizing artist’s vision. While the size and orbit of Kepler-186f are known, its mass and composition are not, and can’t be determined by Kepler’s transit technique. Still, models suggest that it could be rocky and have an atmosphere, making it potentially the most Earth-like exoplanet discovered so far …

via Astronomy Picture of the Day.

This composite image shows the massive galaxy cluster MACSJ0717.5+3745 (MACSJ0717, for short) where four separate galaxy clusters have been involved in a collision, the first time such a phenomenon has been documented. Hot gas is shown in an image from NASA’s Chandra X-ray Observatory and galaxies are shown in an optical image from NASA’s Hubble Space Telescope. The hot gas is color-coded to show temperature, where the coolest gas is reddish purple, the hottest gas is blue, and the temperatures in between are purple.

The repeated collisions in MACSJ0717 are caused by a 13-million-light- year-long stream of galaxies, gas, and dark matter – known as a filament — pouring into a region already full of matter. A collision between gas in two or more clusters causes the hot gas to slow down.

However, the galaxies, which are mainly empty space, do not slow down as much and so they move ahead of the gas. Therefore, the speed and direction of each cluster’s motion — perpendicular to the line of sight — can be estimated by studying the offset between the average position of the galaxies and the peak in the hot gas.

p.s. You can see all of our Chandra photos in the Chandra Group in Flickr at: www.flickr.com/groups/chandranasa/ We’d love to have you as a member!

“ASTEROID BUZZES EARTH: Newly-discovered asteroid 2009 FH is flying past Earth tonight only 85,000 km (0.00057 AU) away. That’s a little more than twice the height of a geosynchronous communications satellite. Experienced amateur astronomers in North America can photograph the 20-meter-wide space rock racing through the constellation Gemini after sunset on March 17th. It should be about as bright as a 14th magnitude star. Please visit http://spaceweather.com for an ephemeris and updates.
“This is the second time in March that an asteroid has flown so close to Earth. On March 2nd, 2009 DD45 passed by only 72,000 km away. Measuring some tens of meters in diameter, 2009 DD45 and 2009 FH are approximately Tunguska-class objects, meaning they pose no global threat but could cause local damage if they actually hit Earth. In years past, asteroids of this size often passed unnoticed, but recent improvements in asteroid surveys have resulted in growing numbers of space rocks caught in the act of near-Earth flybys.”