In response to The Daily Post’s weekly photo challenge: “From Every Angle.”

As luck would have it, last week I got this month’s Loot Crate, and as is my wont, I took photos of what I got. Two particular items received shots from three angles. 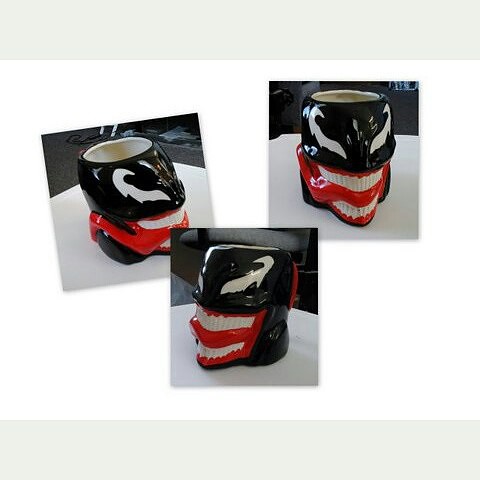 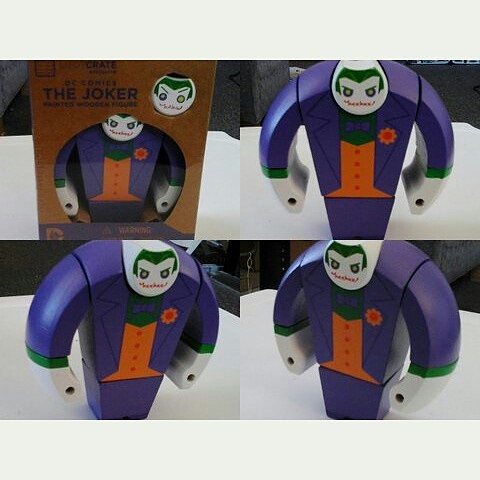 Before writing the New York Times best-selling novel “Robopocalypse,” Daniel H. Wilson earned his Ph.D. at the Robotics Institute (RI) at Carnegie Mellon University — considered the world leader in robotics research — in Pittsburgh, Pennsylvania. Considering that Wilson is no stranger to engineering advanced plans and strategies, perhaps it’s not at all unusual to learn that DC Comics has tapped the relative comics newcomer to serve as showrunner of its most recently announced weekly series, “Earth 2: World’s End,” launching in October 2014, following the line-wide “Futures End” tie-in running across DC’s September slate.

Wilson was unable to provide many details about the who, what, when, why and where of “Earth 2: World’s End,” but the writer spoke candidly about the daunting task ahead of him in this exclusive first interview about the project. Beyond explaining how he went from writing a 12-page story in IDW Publishing’s “Zombies vs. Robots” 2012 Annual to headlining a 26-issue weekly series for DC Comics, he shared his thoughts on the long-standing dynamic shared by the comic book industry’s most iconic superheroes, Superman and Batman, and which titles and storylines he’s been reading in preparation of “Earth 2: World’s End.”

…let’s hope this is the last round of Robin-recruiting. The Robin identity is special, thanks in no small part to the character who made it famous. For most of his existence, Dick Grayson was the guy who helped humanize the Batman; and as he grew up, Robin/Nightwing became one of the people who knew Batman best. Taking him away from all of that requires replacing it with something equally compelling, and I’m not sure Grayson’s setup will be sufficient.

Still, I come to this discussion as someone who’s seen a lot of that development firsthand, and therefore may be prejudiced by that experience. Younger fans no doubt have their own preferences about Nightwing and Robin, and they may be just as happy with DC moving Dick out of the immediate Bat-orbit. (In that regard it’s funny to think that with Nightwing and Teen Titans canceled and relaunched, and Damian killed, Jason’s been the most stable ex-Robin of the New 52.) Heck, there’s probably a significant portion of fans who think Batman works best without a Robin, and are content to ignore this whole process. If it were up to me — and this is the point I mentioned earlier, where you don’t have to listen to me — I’d have rolled everything back forty-some years, to a point where Dick was still years away from even considering a Nightwing identity, and no one had even heard of Jason Todd or Tim Drake.

Again, because Robin’s going to be coming back, whoever he or she is needs to be considered pretty carefully, because I’m not sure fans are going to put up with another death-and-revival cycle. Specifically, the next Robin needs to be around for the long haul, and needs the sort of close relationship with Batman that will enrich both characters. (Before the New 52 relaunch, Dick could call Batman out on his foolishness and have the experience to back it up. In the current Batman Beyond comics, the Dick of the future acts similarly.) The next Robin also needs to demonstrate the potential to grow into the next Batman — but the attitude to recognize that Batman’s going to be around for a while, and will need the support of a dedicated partner. Notwithstanding Tim Drake’s solo series (launched after Azrael/Batman kicked him out of the Batcave), “Robin” is by nature a supporting character who works best in conjunction with Batman. That was the default setup from 1940 to 1969, it informed the 1984 Robin-to-Nightwing transition, and it’s undoubtedly part of the upcoming Robin revival.

Finally, the next Robin needs to be someone who can grow old in the role. This is probably implicit in all of the above, but it’s worth repeating. Sure, Batman can trade pointed quips with Alfred in the Batcave, and can stand shoulder-to-shoulder with Jim Gordon against the evils of Gotham — but only the youngster in the red-and-yellow costume personifies the fun of being Batman. Without Robin, Batman might be a grim, gothic avenger, meting out two-fisted justice in various shades of gray and black, scaring the bejeezus out of criminals, and looking very cool indeed; but with Robin, Batman is unquestionably a hero. That’s what Dick Grayson did for Batman for all those years; that’s what DC would do well to remember when it considers Dick’s future; and that’s what the next Robin needs to live up to, for as long as he or she needs to.

The changes to Justice League spin out of events in Forever Evil, which ends in March. In the mini-series, Lex Luthor leads the fight against evil after most of the world’s superheroes are incapacitated by an outside threat. He gathers together a team in Forever Evil — one which includes Captain Cold and Batman — which presumably leads to his April role in the Justice League.

Forever Evil appears to be changing a lot about the DCU, from the formation of a new Justice League United (based in Canada), the return of Wally West to The Flash, the end of the Teen Titans title, and of course, the anticipated harm to Nightwing as the title’s creative team changes.

They’re all part of what Johns warned us was coming. The DC chief creative officer said, “come April the DC Universe will be a very different place leading into and throughout 2014. The first phase of the New 52 is drawing to a close and as Forever Evil wraps up a new phase begins — one that will see the introduction, and re-introduction, of a lot of characters, concepts and a decidedly new center to the DC universe.”

Newsarama talked to Johns to get some clarification and hints regarding those questions and more — and the writer shared something that should make Ted Kord fans happy (and further fuel those rumors about Booster Gold’s return).

DC Universe: The Source » Blog Archive » Flashpoint Friday: Everything Will Change In A Flash.

Every Day Is Like Wednesday: Stream-of-Conscious Review: Justice League of America #0:

“If the Trinity are the jocks, J’onn and Aquaman’s clique must constitute the band geeks.”