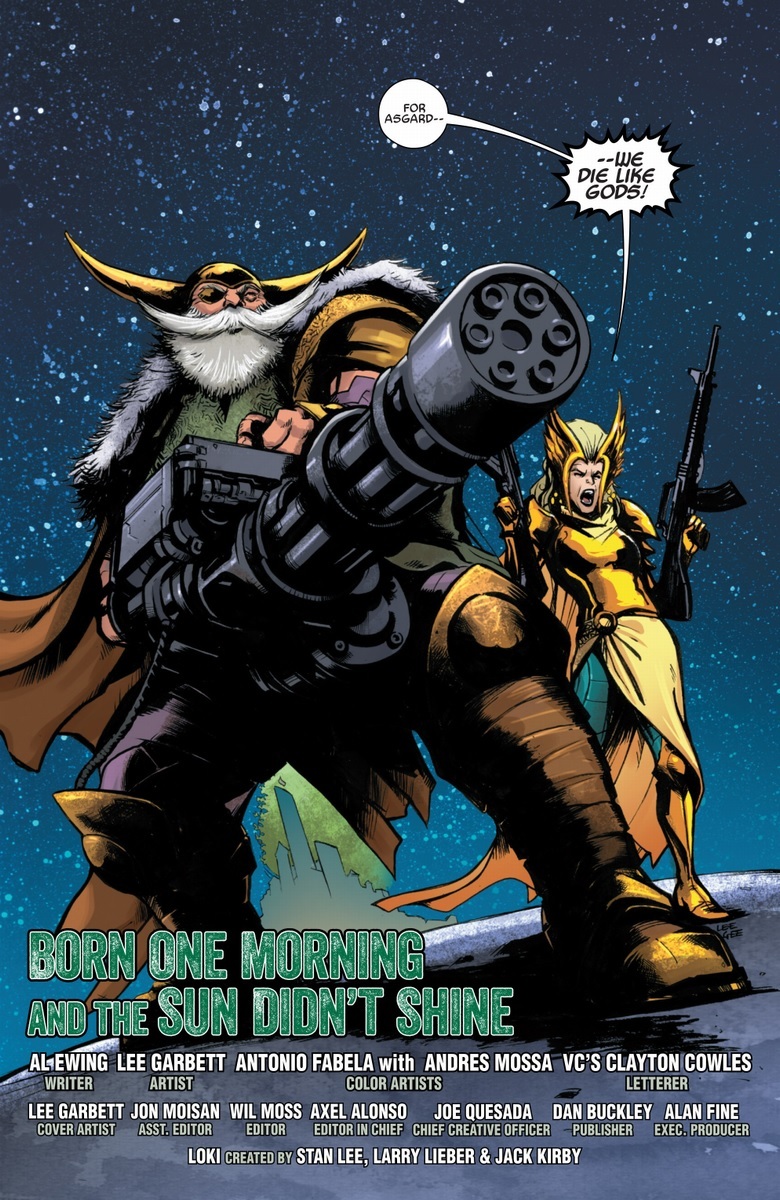 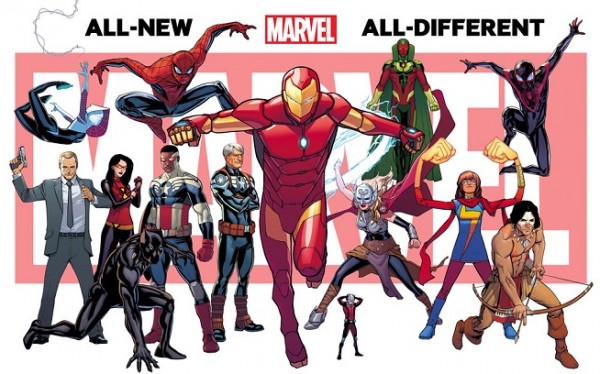 Marvel Comics’ “Ms. Marvel,” DC Comics’ “Multiversity,” Image Comics’ “Saga” and Monkeybrain’s “Bandette” lead this year’s Eisner Award class with three or more nominations apiece. As publishers, Marvel, DC and Fantagraphics tied for the most nominations overall with 18 each, while Brian K. Vaughan received more nominations than any other single creator with four.

With 2015 now a full two days old, Alonso follows last year’s look back with a look ahead, and opines on the future of Marvel Comics — starting with the two big “Wars” of the comic book new year — “Star Wars” and “Secret Wars.” With Marvel’s new “Star Wars” line set to debut in less than a fortnight, Alonso talks what he thinks the beloved franchise adds to Marvel’s publishing slate. Given that readers have already been told that the year-long “Secret Wars” is going to be a really big deal for Marvel, Alonso shares his thoughts on what excites him about the story itself. Beyond that, Alonso talks Disney/Marvel collaborations, publishing priorities for 2015, “Uncanny Avengers” and the increased role of Sabretooth, plus drops a pretty big (albeit certainly open to interpretation) hint about a Marvel character poised to have a big year.

via Axel-In-Charge: Looking Ahead to Marvel’s 2015, From “Star Wars” to “Secret Wars” – Comic Book Resources.

2014 was another record year for the Top 100, with more than 50 contributors to the list, and more than 200 comics nominated. The end result is as diverse of a list as you’d expect, with superhero mainstays standing along creator-owned favorites; publishing giants sharing space with self-published digital works. While no list can be an exhaustive collection of every noteworthy piece of work released in a year, the end result of the CBR Top 100 is a wide smattering of eclectic choices worthy of attention.

Right now, it feels like Marvel is trying to have it both ways, trying to cater to new fans by remaking the MU in the MCU’s image, which means they’re also trying to cater to Disney — the massive entity that purchased the company because of it’s character library and has seen great success with it on the big screen. It’s also catering to hardcore comic book fans by publishing some of the most artistically inventive superhero comics on the shelves today. This is the company that gave us a nearly all LGBT team in Kieron Gillen and Jamie McKelvie’s “Young Avengers.” This is the company that let Fraction, David Aja and Annie Wu do “Hawkeye” on their own terms. Marvel Comics gave Dan Slott and Mike Allred “Silver Surfer” and said “Go nuts!” This is why these efforts to shoehorn elements from the films into the comics feel disheartening.

via Marvel and the Danger of Synergy – Comic Book Resources.

Fresh off Marvel’s latest three-day editorial retreat, Alonso talked about the contributions of a new addition to that usual crew — “Ms. Marvel” writer G. Willow Wilson, who the E-i-C revealed is now Marvel exclusive and working on as-yet unrevealed material along with the monthly adventures of Kamala Khan. Alonso also reflected on the recently confirmed news that more than one million copies of the new “Star Wars” #1 have been sold to retailers, and the alternate means of distribution the publisher has employed for the issue. All that, plus insights into the latest Scarlet Witch and Quicksilver-related revelations, the new “Moon Knight” creative team of Cullen Bunn and Ron Ackins, Gerry Conway returning to “Amazing Spider-Man” and answers to your questions, directly from the CBR Community.