Let’s all go to the movies… 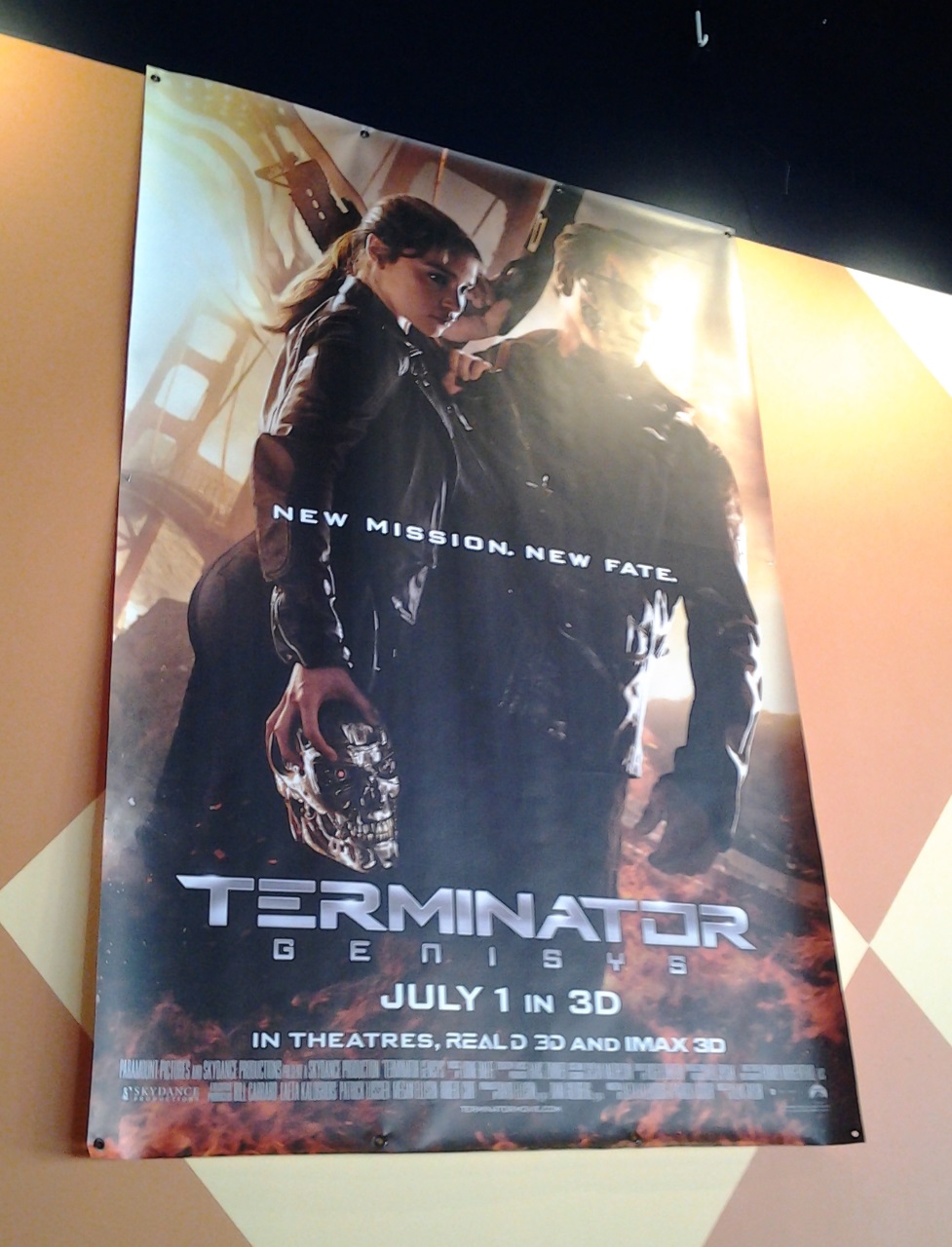 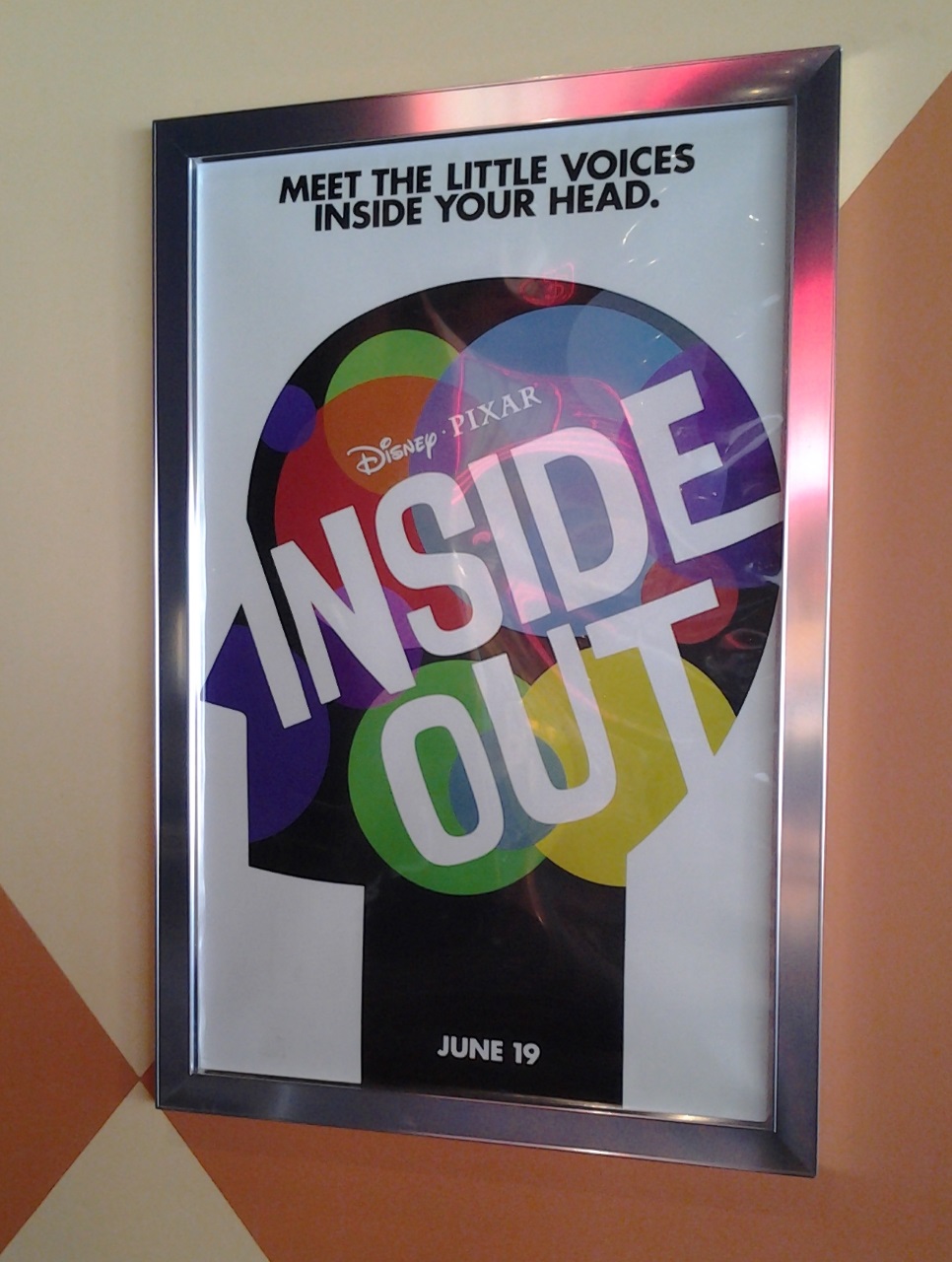 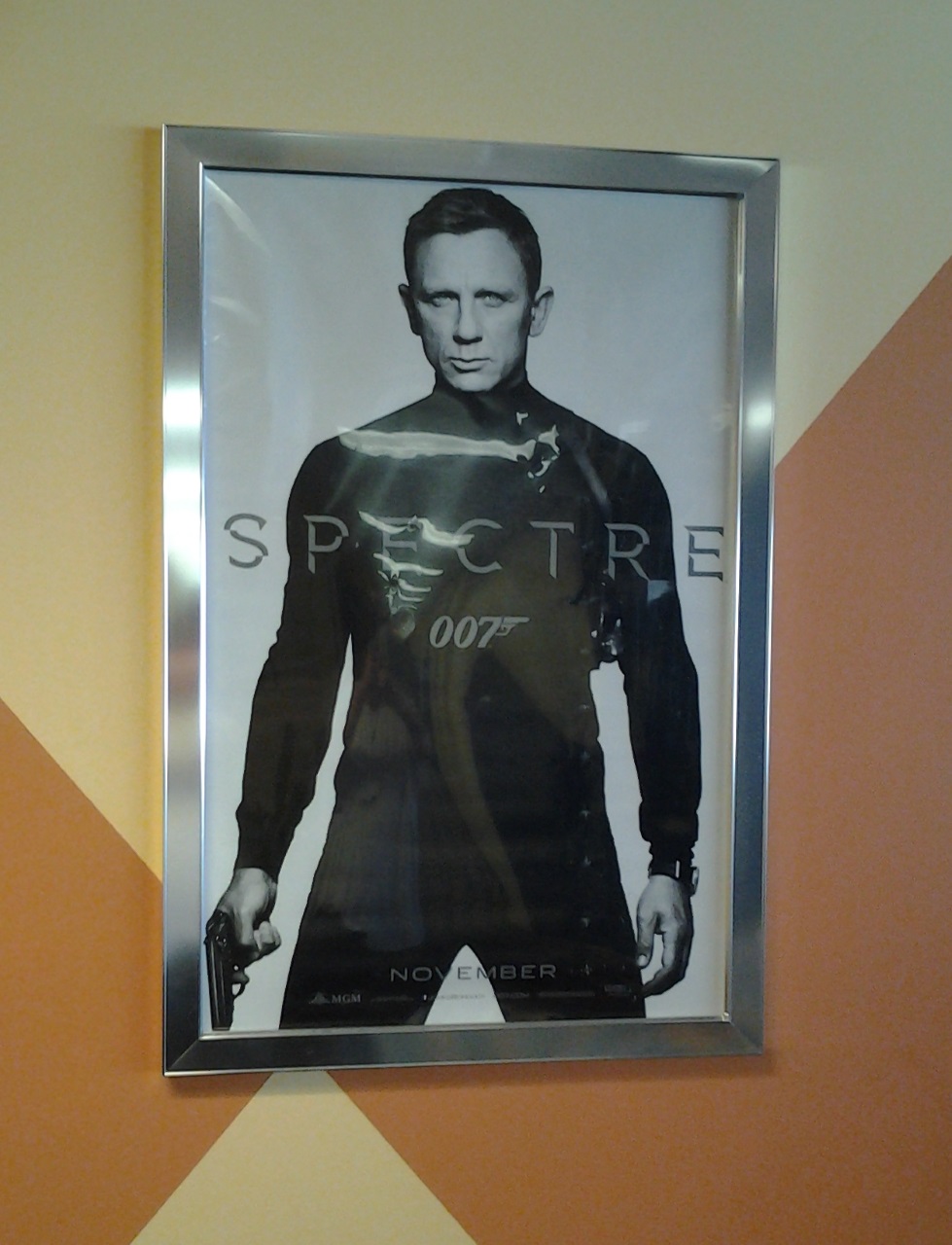 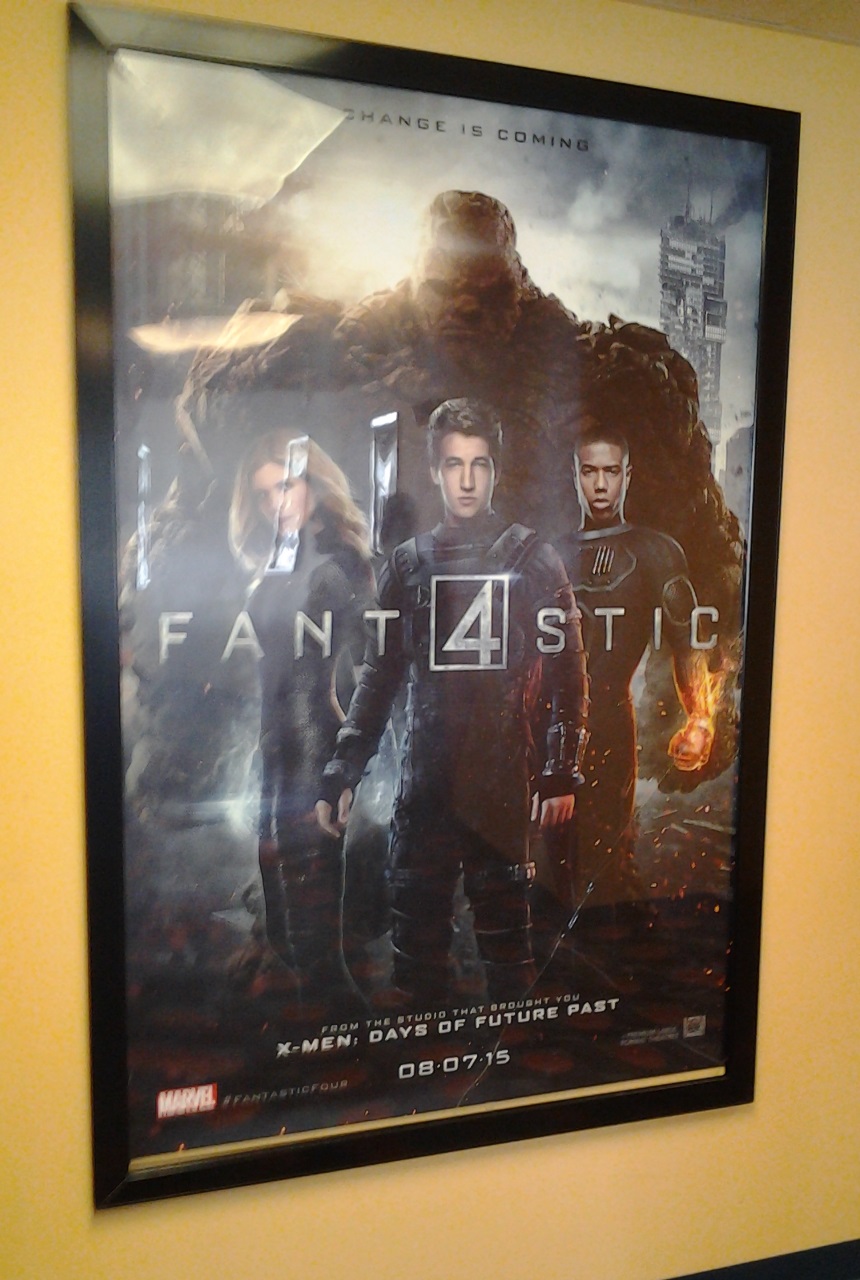 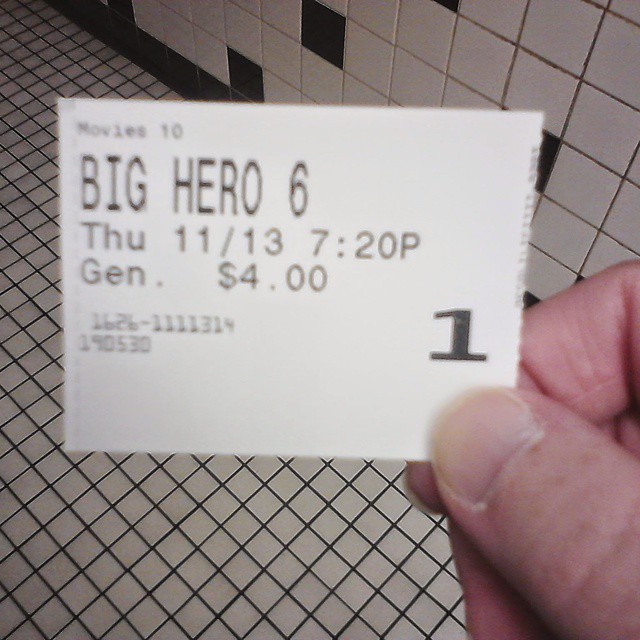 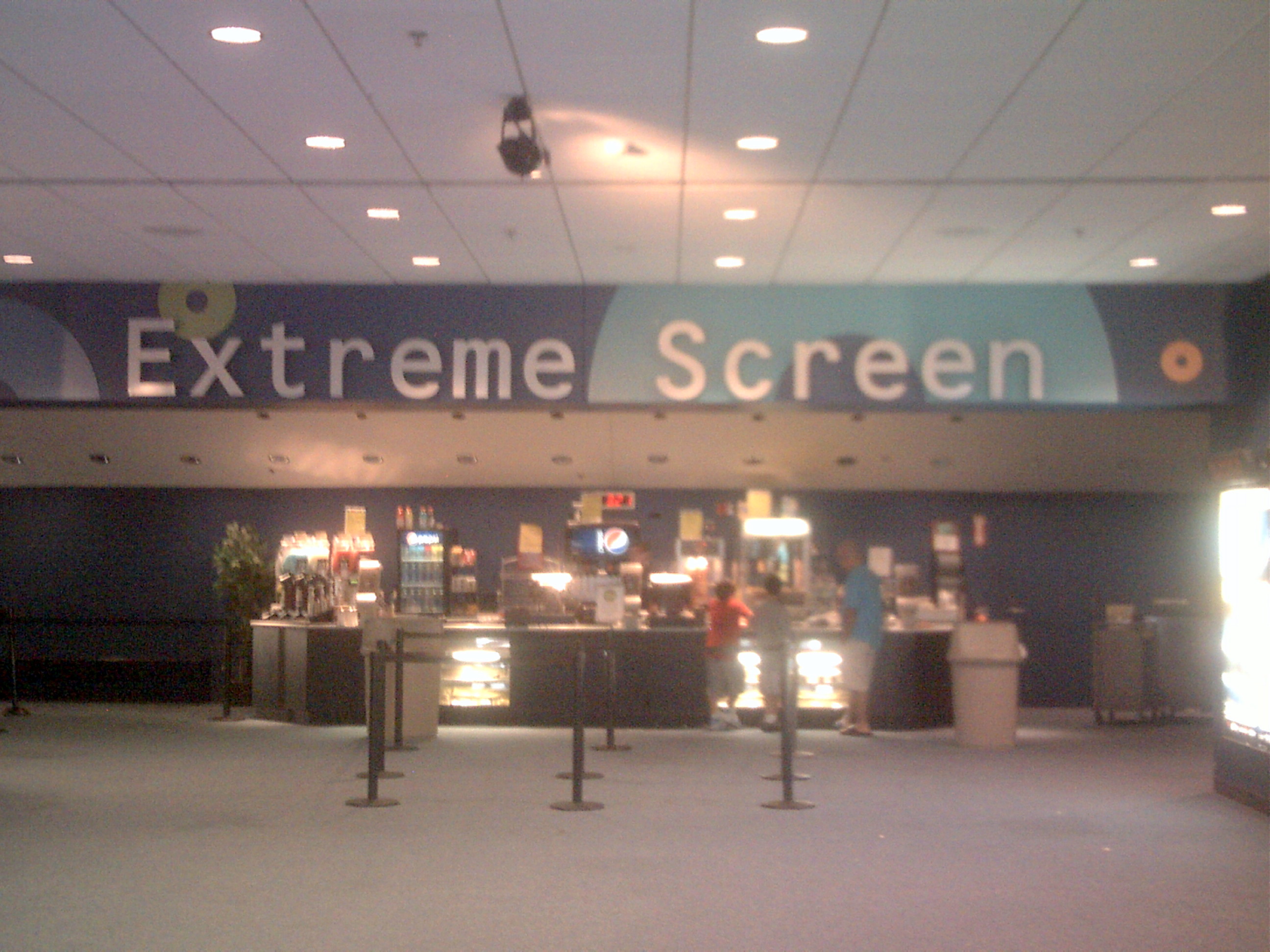 What’s more troubling is that “Ant-Man” shows that even with the strongest brand in comicbook movies behind it, audiences won’t show up to see just any costumed vigilante. Marvel may have felt emboldened by the success of “Guardians of the Galaxy,” which took marginal figures and fashioned them into film stars, but James Gunn’s pop culture-infused direction helped elevate that material. There simply wasn’t enough to distinguish “Ant-Man” from the onslaught of origin stories and superhero films.

Standing out from the pack will only get harder. In the coming years, Marvel is delving deeper into the comicbook archive, backing movies based on more obscure heroes like Black Panther and Doctor Strange.

At the same time, the studios it licenses its characters to, such as Fox and Sony, plan to raid the recesses of the X-Men and Spider-Man universes to produce movies based on niche figures like Deadpool and Venom. That’s to say nothing of DC Comics, which is about to embark on its own ambitious cavalcade of superhero movies with the 2016 releases of “Batman v Superman: Dawn of Justice” and “Suicide Squad.” All these movies will beget an endless array of spinoffs, prequels and crossover films, testing enthusiasm for the genre. It’s a slate that has the Comic-Con crowd in a state of euphoria, but the rest of the public, not versed in the fruits of Stan Lee’s off-days, may need convincing.

One of the most impressive things about Universal’s year is that in an era dominated by costumed avengers, the studio achieved record-breaking results without having a major superhero franchise to its name. In fact, Universal, perhaps not by choice, has largely ceded the comicbook moviemaking to Disney and Warner Bros., which boast the Marvel and DC Comics libraries, respectively.

“The fact that Universal has done this outside of superhero movies is a unique accomplishment, because at some point superheroes will fade into the sunset and Hollywood will need to find another cash cow,” said Jeff Bock, an analyst with Exhibitor Relations.

Universal’s successes show that there are alternatives out there for studios not looking to raid the outer recesses of the graphic novel and comicbook world in the hopes of competing. Yes, there are a lot of sequels on Universal’s dance card, with follow-ups to the “Fast & Furious,” “Pitch Perfect” and “Jurassic Park” franchises among its biggest grossers, but these are organically produced, homegrown series.

With the endless sequel-reboot environment consuming the Hollywood landscape, it can be easy to claim that movies’ best days are already over. But just by looking at the crop of high-quality pictures from this decade alone, the era of top notch filmmaking is still far away from closing credits. From psychotic ballerinas to robotic romances and every top-notch indie and mainstream pic in between, these pics prove that the golden age of Hollywood may just be starting. Here are 17 movies that prove the 2010’s will be one of the best decades in film history.

via 17 Movies That Prove 2010s Will Be One Of Film’s Best Decades – Starpulse.com.

Discuss a television show the day after it airs–perhaps the peak window for fan chatter–and there’s a good chance someone will scold you for spoiling them. Mention plot points on Twitter–a site whose entire modus operandi is immediacy–while the show is being broadcast, and you’re even more likely to make someone angry. The confusion and disagreement about spoilers tend to collide in particularly unpleasant ways on social media, where information flows instantly from feed to feed in ways that are both instant and easily amplified.

via No One Can Agree What a Spoiler Is, But Maybe This Guide Can Help | Underwire | WIRED.

Eager fans packed WonderCon Anaheim’s biggest arena, waiting to see the opening sequence from “X-Men: Days of Future Past.” What they didn’t expect was “Past’s” writer-producer Simon Kinberg to admit that the biggest installment yet in the Fox-Marvel franchise has to make up for arguably its most disappointing entry: “X-Men: The Last Stand.”

Judging by the applause, the filmmakers have done just that.

via WC14: “Days of Future Past” Set to “Right Wrongs” of “The Last Stand” – Comic Book Resources.

“McDonald’s announced today during a live global Webcast its plans to bring amazing digital experiences to its young adult customers through its partnership with Academy-Award winning director James Cameron and Twentieth Century Fox -makers of the highly anticipated film AVATAR, debuting in theaters worldwide Dec. 18. An archive of the Webcast is available.

“SEATTLE, Oct. 23 /PRNewswire-FirstCall/ — On October 31, Nordstrom and Summit Entertainment invite Twilight fans to take advantage of a special opportunity to meet select cast members of The Twilight Saga: New Moon at select Nordstrom stores. The cast appearances are being held to celebrate the highly-anticipated November 20 release of the second movie in Summit’s Twilight film saga. Nordstrom launched an exclusive clothing and jewelry collection inspired by the mood and spirit of the film in early October.

Customers can visit nordstrom.com/newmoon for more details about how to acquire VIP access on Saturday, October 31, at 8:00 a.m., to be one of 75 customers to meet the cast.”

“LOS ANGELES, Sept. 18 /PRNewswire-FirstCall/ — Rentrak Corporation (Nasdaq: RENT), today announced the 2009 summer movie season box office results for both North America and International territories according to the company’s Box Office Essentials™ and International Box Office Essentials™ theatrical box office data collection and analytical services. The top summer box office chart topper in North America was Transformers: Revenge of the Fallen that helped drive an increase in the summer movie season revenue total by 2.51 percent as compared to the comparable time period, May 2 through September 8, 2008. Globally, Harry Potter And The Half Blood Prince was ranked number one and Ice Age: Dawn Of The Dinosaurs earned the greatest amount of foreign box revenue, with foreign box office revenue for the summer movie season up 5.90 percent as compared to similar period May 2 through September 8, 2008.”

BURBANK, Calif., Aug. 11 /PRNewswire/ — From Beverly Hills to Berlin; from Miami to Melbourne; from big screens to home screens, Warner Bros. Entertainment has for the past year been celebrating the 70th anniversary of an iconic American classic, The Wizard of Oz, with a slate of spectacular festivities spanning the globe. This September, the celebration culminates in New York City with a series of sparkling events.

The festivities will commence on Thursday, September 24, with the Emerald Gala, a glorious event at Manhattan’s historic Tavern on the Green, hosted by its owner and CEO Jennifer Oz LeRoy, granddaughter of The Wizard of Oz producer Mervyn LeRoy. The entire restaurant and surrounding grounds will transform for a night into the Emerald City, replete with a winding Yellow Brick Road. The Emerald Gala will feature a musical performance by Grammy Award-winning singer/songwriter and actress Ashanti, who recently made her theatrical debut as Dorothy in the City Center Encores! production of The Wiz. In addition, Lorna Luft, the daughter of Judy Garland will honor her mother’s legacy with a special musical tribute.

Also contributing to the grand affair will be a rare appearance by five of the original actors who played the “Munchkins” characters in 1939’s The Wizard of Oz, along with members of the cast of The Wizard of Oz National Tour performing acts from the traveling show.